A Different View of Mike's Pastry 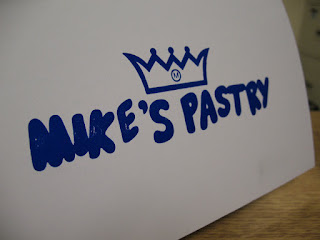 I've never been a big fan of Mike's Pastry in the North End. It's not that I have anything against their food. It's the fact that, on any given night, there are about a million people shoving their way inside, trying to buy pastry. There's no semblance of order in the place, just a mass of bodies pressed up against the glass case. And God forbid if you actually want table service!

And it's a little strange how the box is something of a status symbol around town. I'm not sure if Mike's would be quite as popular if you couldn't find people, especially tourists and students, carrying their boxes around all over town, like it was a blue Tiffany's bag or something. 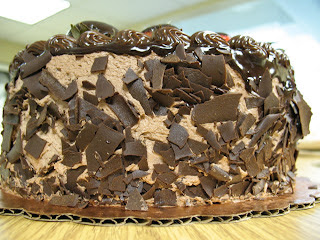 For a birthday party at work this week, one of my coworkers brought in a cake from Mike's. I had never had one of their cakes; I expected it to be decent, but not great. This cake was fantastic, plain and simple.

The cake itself was soft and moist, not dried out like I expected. The mousse-y filling was creamy and not too sweet, well balanced out by the overly-ripe strawberries. The chocolate flakes on the exterior provided a nice textural balance to the soft mousse. The only part that didn't work for me was the uber-chocolate piping along the top of the cake. It was way too sweet and dense, and it drew away from the cake as a whole. 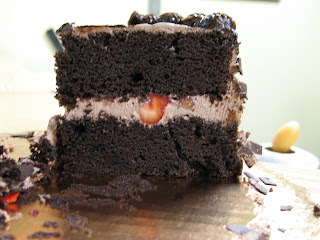 Overall, though, I was quite happy with this. I think I wouldn't have as many problems with Mike's if I went during off times and didn't have to deal with the crowds. The problem now is getting down to Mike's at some random time...