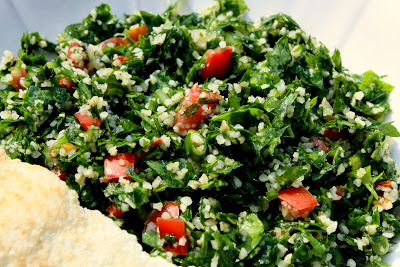 The morning of our trip, my father woke up with the worst arthritis pain he has ever had, and we spent the morning on the phone with Air France and American Express Travel trying to recoup some of our losses (over 4 hours on the phone, however, gained us nothing, and we still lost the entire cost of our plane tickets). To say it mildly, I was bummed, but we all agreed that it was better to be safe than sorry.

So then I hoped that I would cook a bunch of Armenian dishes, but I haven't exactly lived up to that promise. I've mostly been moping around, trying to keep my DVR as clean as possible and working on some embroideries. I have promised my father a batch of simit, and I have already bought the ingredients for that, so I know I'll make at least one recipe in the next few days. I've been wanting to try something different, but I realized that I've already made quite a few Armenian dishes for this blog: manti, paklava, baba ganoush, kadayif, sou boreg, tourshi, vospov kheyma, mock kheyma, and string cheese.

Instead, while I was busy organizing and packing for the trip last week, I took some time to make tabbouleh from the piles of parsley in my garden. I hadn't anticipated that it would be useful in such a way as this, but these things always work out as they should, right?

Tabbouleh (often spelled tabouli or with other variations) can be made in a million different ways, as long as there is parsley, bulgur wheat, oil, and lemon juice. I like mine to be predominantly parsley, with just a hint of wheat, but the ratios can be changed depending on your own taste. I also love chopping herbs, so I don't mind the effort that goes into making this dish predominantly parsley. I like a little spice in mine, but that can be left out.

In a large bowl, combine bulgur wheat and water. Stir so that all the grains are coated with water. Let soak while you chop the vegetables, or at least 30 minutes. If the wheat soaks up all the water while you are chopping, add a little bit more.

Finely mince the parsley, mint, and scallions. I mean fine. Remove the seeds from the tomato and chop fine. Pour off any excess water from the bulgur wheat, then add parsley, mint, scallions, and tomato. Add some olive oil, a little at a time, and the lemon juice. Toss well to coat. Make sure to add enough oil so that the salad is not dry. Season with salt and pepper (or cayenne pepper) to taste.
Posted by Pam at 10:32 AM 12 comments: