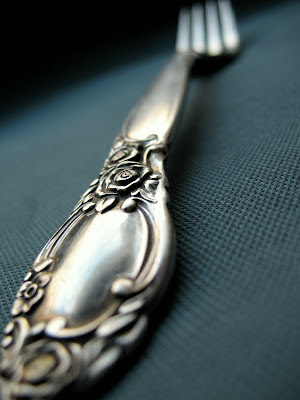 Over the past few months, I have reread Stephen King's Dark Tower series for the first time since it was completed in 2004. It's a tremendous and powerful cycle of stories, and it is a masterpiece of modern storytelling.

In the books, the main character Roland brings some people from our world into his world and begins to teach them the ways of the Gunslingers. He teaches them to hunt, to shoot, and to recite the Gunslinger's Creed: 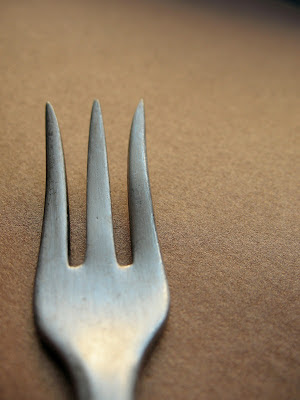 As much as I love the gunslinger's creed, it doesn't have much to do with my own life. I doubt I'll find myself in Mid-World, fighting against the powers of the Red, anytime soon. But the saying was still stuck in my head, and for days, I kept turning it over, trying to find a way to make it mine.

Over the past year of writing this blog, I've read thousands of other people's food posts, and I've met quite a few fellow food bloggers. I'd like to think that I've learned a few things from all of them, and hopefully someone has learned a little something from me as well. A common theme amongst many food bloggers seems to be a commitment to preserving particular recipes and activities, especially special family recipes. Many bloggers talk about the influence that they gained from their mothers, grandmothers, or aunts. Slowly but surely, the Food Blogger's Creed began to come together.

Great new creed...I always enjoy reading your posts! If you have time to catch up ons some food reviews,stop by www.foodsdiscovered.com. We're new!
~Hollie

I really enjoyed this. I've stumbled the page. I found it thru Tastespotting.

Reminds me to love what I do . . . and to pick up a book, other than a cookbook, every now and again.

I love the creed, too, though I will eat with the hand, now and then!

Thank you, everyone, I'm glad you liked it. And Mar, I'm not saying I don't still eat with my hands sometimes... ;)

Interesting creed. I liked the gunslinger series, although I was disappointed by the ending.

At any rate, I almost like reversing the fork/hand saying. i do not eat with my fork. she who eats with her fork has forgotten the face of her mother. I eat with my hands.

There is such a wonderful visceral experience of eating with your hands that promotes a greater appreciation and intimacy with your food. At least, in my humble opinion.