Restaurant Week Round Up

Alright, the past couple of weeks have been hectic with school and multiple Restaurant Week reservations - with each dinner out, I found myself falling further and further behind on the blogging. So instead of individual write-ups of each meal, here's a rundown of all the places I tried this Restaurant Week. 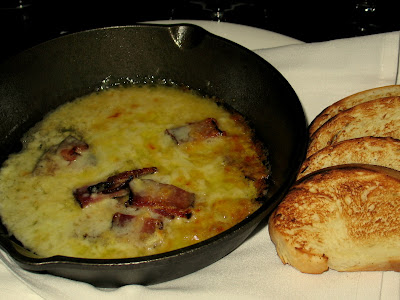 I started my RW meal at Marliave with the rarebits - melted cheddar, lager, chunks of bacon, and toasted bread for dipping. This dish has been getting rave reviews over on Chowhound since the restaurant opened, so naturally, I wanted to give it a try. You really can't go wrong with the combination of cheese and bacon. 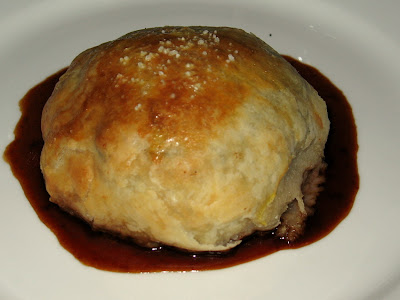 The beef Wellington was a huge disappointment. Because it was an individual Wellington and not slices from a larger roast, the pastry didn't have adequate time to cook, so it was dense and a little slimy on the bottom (but nicely browned on the top and coated in delicious fleur de sel). In addition to the typical duxelles, there was a slice of foie gras between the meat and the pastry. I'm not a huge fan of foie to begin with, but this was just wrong - it made the meat taste terrible. I'll grant the restaurant that I made a bad choice with my entree and say that there were a number of things on the menu I wanted to try, so this won't deter me from returning. 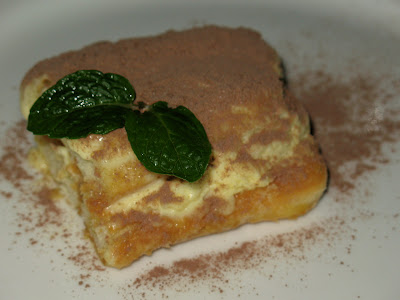 I ended the evening with tiramisu, and I ended up bringing half of it home for the next day. This is exactly how I like my tiramisu - not sticky and overly sweet and too soft from being soaked forever. Here, the ladyfingers still had some of their exterior crunch, and yet the flavors melded very well together.

Despite this meal having some issues, I would definitely return to Marliave, even if it's just at the bar for drinks and apps. 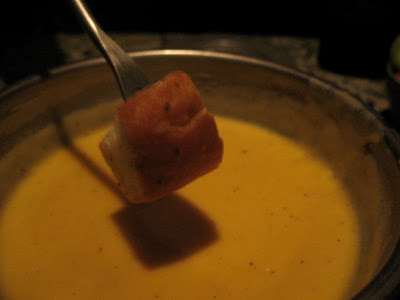 Cheese, meat, and chocolate for $20? Yes please! I'm a fan of the Melting Pot, despite it being a large chain. It's hard to find fondue around here, and the Melting Pot does it really well, so when I have a need for melted cheese and chocolate, this is where I head. This was an incredible value for 3 courses, and my friend Ann and I took over 2 hours, leisurely enjoying every bite. Cheddar fondue, with bread, green apple, carrots, celery, and cauliflower; Court bouillon for cooking steak and chicken, potatoes, broccoli, and mushrooms, with 5 different dipping sauces; and pure dark chocolate fondue, with cheesecake, brownies, marshmallows, rice krispie treats, banana, and strawberries. The nicest part was that our server paid attention to which things we were eating the most of and brought us little trays of additional broccoli (with the main course) and strawberries and rice krispie treats (with dessert) when we were getting low. 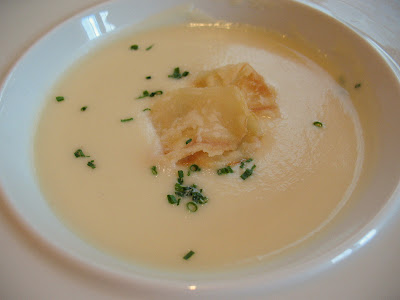 Dinner at Clink was a big surprise. I've been wanting to try it out anyway, but part of the draw was the scenery. I've been in the lobby of the Liberty Hotel, which is the site of the former Charles Street Prison, and I expected the dark colors and (clean and new) prison bars to extend into the restaurant. Instead, it was light and bright inside, perfect to match the bright and delicious flavors in the food.

We all started with the pear and parsnip soup, topped with fried slices of elephant garlic. The soup was smooth, sweet, and savory, with the flavors perfectly balanced. The garlic really made the dish - it wasn't overly garlicky, but the crunchy chips introduced a bit of texture and just a touch of flavor. 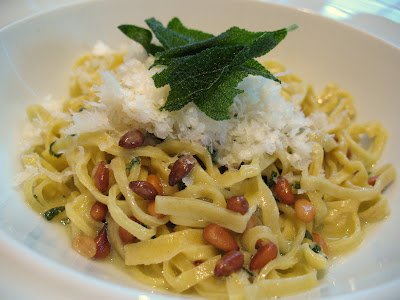 For my main, I went with the handcut pasta with pine nuts, parmesan, and sage butter. It sounds simple, but the flavor was huge. The fried sage leaves on top were pretty and delicious. I wouldn't hesitate to order this dish again. 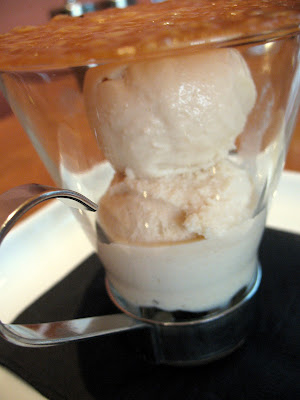 I finished with the peanut ice cream, topped with a florentine cookie - because I will eat ice cream whenever I'm presented with the chance. This, too, was fantastic, and it actually tasted like fresh-shelled peanuts, not peanut butter like I was expecting. I could have eaten this stuff all day. All three courses at Clink wowed me, and based on all the other things on the menu that sounded tasty, I'd definitely head back.

Our last RW dinner was at Radius. I've been once before and was amazed at the care and skill of each dish. This trip was no different. I was very happy to see that they didn't try to skimp or cook in something other than their usual style just to fit into Restaurant Week. They also offered most of their regular menu by putting supplemental charges on some dishes (although there were at least 3 dishes in each course that did not include a surcharge). The gnocchi with bacon, brussel sprouts, and pecorino combined some of my favorite ingredients, and it was melt-in-your-mouth delicious. The roast pork loin for my main was perfectly cooked, but the dijon vinaigrette to accompany was a little sharper than I had expected - by the end of the course, though, I was wanting more of the vinaigrette, so it obviously grew on me. And the dessert of the chocolate caramel tart with sage coconut ice cream was the perfect end to the meal. Service was impeccable, just like it would be on a non-RW night.

That's alot of restaurant week!! Great reviews though, need to add some to my to-try list :)

I didn't go to any! I love your reviews, I've always wanted to check out clink.

I almost ended up going to Clink rather than Sibling Rivalry with my friends, but the reservation they had open was less than ideal. I will investigate some other time, however. :)